Nicki Minaj get flirty with her fans on Instagram.

Photoshoped or not?! F* it, the view looks daaamn good 😉

From “The Carter IV” Album 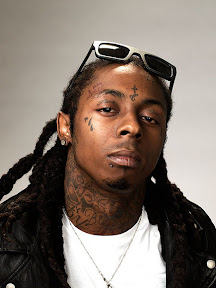 Lil Wayne’s highly anticipated new album, Tha Carter IV, officially hit the Internet last night in a leaked form before the album’s official release this Sunday, and has caused quite a stir online for a reported Jay-Z diss found on the album’s fourteenth track “It’s Good,” which also features Drake and Jadakiss.

Wayne raps: “Talkin’ bout baby money, I got ya baby money / Kidnap yo b***h, get that how much you love yo lady money / I know you fake n***a, press yo breaks n***a”

Speaking to Vibe for an upcoming issue, Wayne was asked about the verbal assault and responded with the following:

“I know there won’t be any repercussions behind what I did. I know for a fact music is about perception. You can’t do anything but perceive what you hear. I know that for a fact. So I can’t ever be upset about someone’s reaction. I’m not going to say I don’t know what would happen before I even say [something on record]. I do know what will happen. I’m aware of it. But it is what it is.”

This all began last summer on The Throne’s track “H.A.M.” where Jay-Z addressed the amount of money that Cash Money CEO Birdman actually makes. Following the release of the song to the public, Wayne addressed the issue back then with MTV:

“Me and my wit, given my wit, I would probably play off of it,” Wayne explained. “But I wouldn’t make it a competition, because actually, the subject that he’s talking about in that line, I can’t box with the god. I’d be the first one to tell you that, given my wit, and the type of person that I am, I’d capitalize and I’d play off of it. Yeah, I definitely would.”

Popular Young Money rapper Nicki Minaj has been tapped to join the cast in the fourth sequel to the franchise film, “Ice Age.”

Nicki Minaj, along with “Glee” star Heather Morris are the latest additions to the latest installment of the film which is titled “Ice Age: Continental Drift.”

She performed a number of her hit singles to thousands of fans, who jammed into Rumsey Playfield in Central Park.

Things didn’t go so well, as the rapper’s left breast popped out of her show, exposing her entire nipple.

The Parents Television Council released a statement regarding the incident, to TMZ.com.

“For the umpteenth time in recent memory a morning news show has included inappropriate content for children and families,” PTC spokesperson Tim Winter told TMZ.com. “Instead of asking for forgiveness, they need to stop apologizing and implement the five second delay that so many American have been calling for.”