Homey P. Watts links up with PosseTV to let you all know what’s coming up out of South Carolina besides Trinidad James, Element of Surprise and working with Consequence, Cheryl of Salt and Pepper, Yelawolf, Resheeda, Big Krit, Freddie Gibbs and much more! 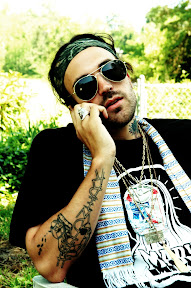 Yelawolf’s album Radioactive, will hit stores on October 25th, via a deal with his label Ghet-O-Vision/Shady Records/DGC/Interscope.

According to Yelawolf, the album was inspired by his hardscrabble upbringing in Gadsden, Alabama.

Even Eminem is excited about the album, which features production by Justice league, The Audibles, Diplo and SupaHotBeats.

“We are very eager for the world to hear Radioactive and proud to be presenting the album on Shady Records,” Eminem told AllHipHop.com in a statement today (August 18th). “Yelawolf is a true original and he has crafted an incredible record.”

The first single from the album is titled “Hard White (Up In the Club),” which features Lil Jon.

Radioactive is due in stores on October 25th.