P chops it up with radio show host Alex Jones about the Illuminati, saying, “It’s definitely not a joke.” He also says Jay-Z “knows what time it is” and more.

New York’s Prodigy of Mobb Deep recently visited The Alex Jones Show to speak about the Illuminati and more. After famously saying, “Illuminati want my mind, soul and my body,” Prodigy took his lyrics further in the recent interview with the controversial Jones. Speaking on how society has been brainwashed, talking about President Obama and more, Prodigy shared his feelings about the world’s “conspiracies.”

“To me, it’s definitely not a joke. There’s a lot of real stuff going on out here, in this world. Secret societies are real. It’s definitely really obvious that they’re at work and it’s at play in the music industry, in the food industry, politics, everywhere you turn, it’s everywhere. You just gotta read the signs, the writing on the wall. It’s right in front of your face. Once people just learn about it and do a little research about it all, they’ll be like, ‘Yeah, I understand what’s going on.’”

Though he feels passionately about this topic, Prodigy is aware that others don’t share his sentiments. He acknowledged this by saying that others are brainwashed, so he and others who speak about conspiracies may not be effective with their messages.

“This plan that they got into effect for hundreds of years or whatever, I think it’s so embedded in people’s brains now. They got people so brainwashed in this world that they don’t even really care anymore about people like Alex Jones, people like Prodigy. They’re like, ‘Go ahead, tell these people what you want. We got these people so brainwashed, there’s nothing you could do about it.'”

Analyzing his role in Hip Hop and how other elements play a part in the formation of the culture, Prodigy said he is unhappy with how his friends and others are “brainwashed.”

“In the Hip Hop community,” he added, “In the urban communities, where I come from, they have us so brainwashed with fashion, jewelery and sex, that we don’t even care to think about what’s going on. A lot of the people I’m around, I look at them sometimes and all they’re concerned about is, what I just said, fashion, jewelry and sex, all stuff that’s materialistic and it’s not going to do nothing for their souls or their lives.”

“I got to a point in my life and in my career where, it’s easy to get caught up in that lifestyle with fast money, sex, drugs and rock and roll. I started slipping at some point and I had to catch myself…I got to the point where I got fed up and pissed off and I said, ‘I’m not rocking jewelery no more. I’m not doing certain things anymore.’ I did it to make a statement.”

While not fully rehashing the now infamous feud he had with Jay-Z, Prodigy did speak about the Brooklyn emcee, saying that he feels Jay-Z has “chosen sides” in the game. He added that Jay-Z took a different route, which is why he has more money and power within the music industry.

“Jay-Z is just one example and one of the biggest examples of artists in the music industry, because he’s so popular and so big…He knows what time it is, he just doesn’t promote it. From the looks of things, it looks like he has chosen sides. He’s chosen a side and the side he chose is money, power and he doesn’t really care to spread the information that might save some body’s soul.”

“From what I see, whether he knows it or not, he’s down with this whole conspiracy to rule the world. He’s a part of it. To brainwash people, to kill people, genocide, everything that goes on out here that’s so fantastic you really don’t want to believe it, he’s a part of it.” 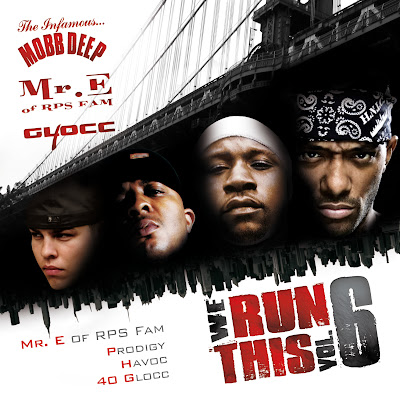