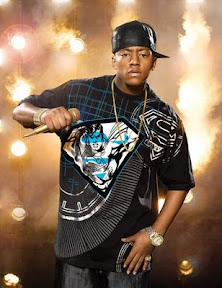 “The Philly rapper was arrested for violating his probation, but is suspected in a murder.

Rapper Cassidy was arrested yesterday in Hackensack, New Jersey on several charges. The Philadelphia, Pennsylvania native, whose real name is Barry Reese, was nabbed on a warrant for violating his probation, but was suspected in a murder and two attempted murders in Philly.

According to sources, the Philadelphia Police warrant squad reached out to Hackensack Police Department to inform them that Cassidy, who lives in the Jersey city, had a warrant out for his arrest. They notified the squad that Cassidy was considered “armed and dangerous” and that it was a “high-risk warrant.”

Police were dispatched and followed Cassidy as he went to a local convenience store, confirming his identity and conducting a “felony motor vehicle stop.” Hackensack police Lt. Timothy Lloyd commended the officers for doing “an outstanding job,” and claimed that Cassidy was “very surprised” that he was arrested.

The 28-year-old is currently being held in the Bergen County Jail Annex and will be extradited to Philadelphia. He is most famous for singles including “I’m a Hustla” and “My Drink n My 2 Step.”